Can’t WAIT to see this one!!

These were shot through a dirty, snowy window but I’m amazed at how well
some of them turned out. When we have weather coming I move the feeders
close to the lee of the house, away from the high winds that come off the
bay. That also puts them very close to the kitchen window so I and my cats
can be distracted by the birds all day.

This group is from this past weekend. The Blizzard of 2010. I’m not sure
they should have attached that label to that storm since there is yet
another coming through tonight. We will be right on the snow, ice, rain
fringe. This is the third storm in about 12 days. Very unusual for coastal
Virginia. So, I will, once again, be praying that my power holds and I
don’t become dependent upon my way too small woodstove to keep me, the
kitties and all of my expensive paint products from freezing. Enjoy! 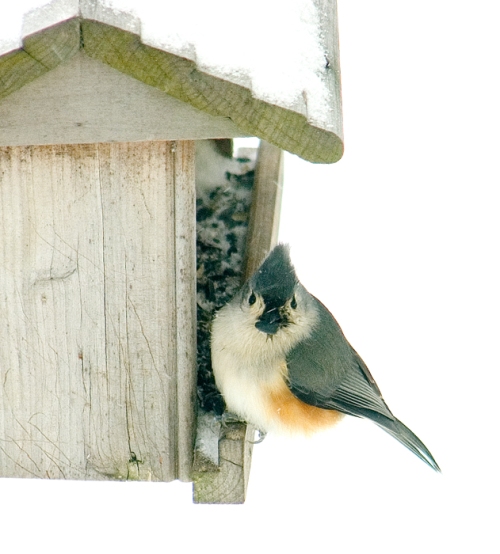 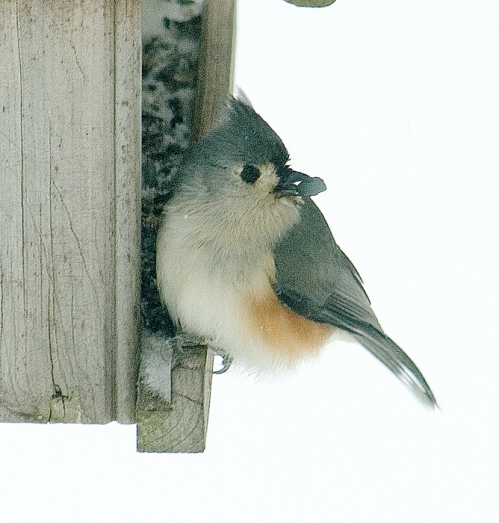 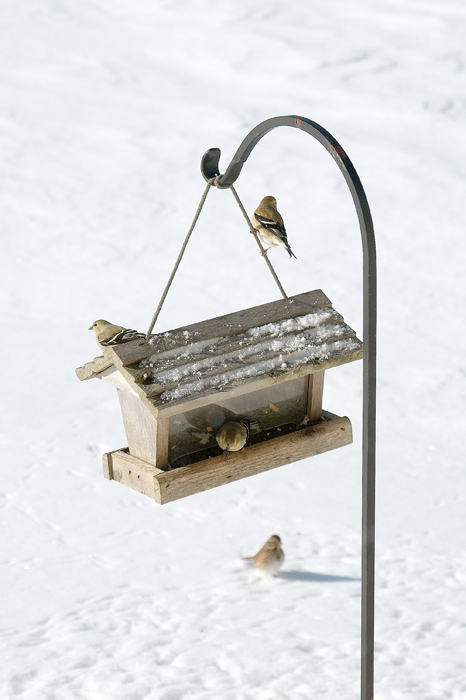 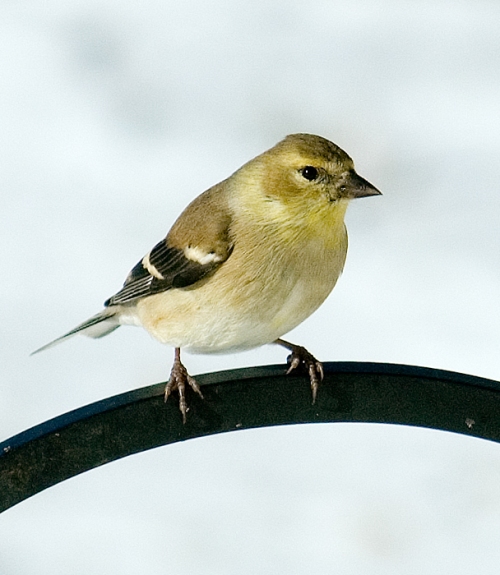 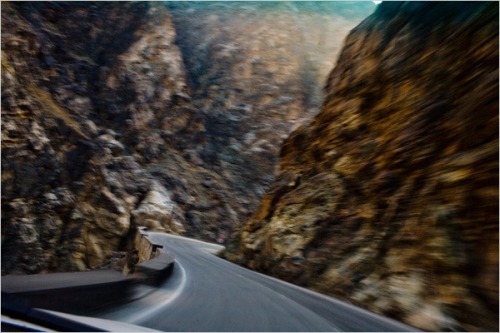 I don’t think I would survive this, even if I survived it. I looks worse that some of our regular routes in Sumatra. And that’s saying something.

Thanks again to the NYTimes I can get a glimpse of another art event that I can’t possibly reach in bodily form.

Loaded with sub-text the images give the impression that these Victorian women’s heads were full of a lot more than fluff. They found ways to express their intellect and points of view within the confines of what was an appropriate leisure activity.

The ultimate in scenic model building. Absolutely amazing!  This is a model made with, with, all sorts of surprising stuff.  Click HERE to see many more. 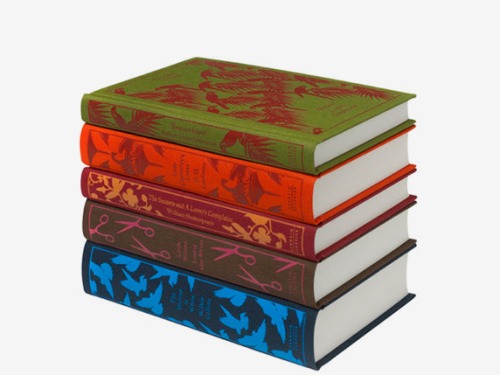 I enjoyed this article on design process. She talks about the importance of color and some of the constraints that actually help her make choices.

The Morgan Library has posted every page of this spectacular illuminated manuscript on it’s web site. You can zoom in and see spectacular detail of 129 pages.

My comment:  Excellent minimalism requires ruthless control of every visual element.  Sometimes this requires more cash than just throwing scenery on stage.  To do minimalism well must be a design commitment first.  Not primarily financial one.

For the big Broadway musical, surviving the recession often means that the sets are rarely stars anymore.

The designers of the “Bye Bye Birdie” revival sought to create flash with limited resources.

You don’t hear many audible gasps these days when the curtain rises, or when scenery transforms to reveal a theatrical vision.

Not like the oohs and ahhs of audiences at Rodgers and Hammerstein musicals like “The King and I” in the 1950s, Stephen Sondheim and Hal Prince productions like “Follies” and “Sweeney Todd” in the ’70s, or later spectacles like “Starlight Express,” with its roller-skating apparatus, and “Miss Saigon,” with its helicopter — neither of which, to be sure, was for everyone.

Instead, this season on Broadway some theatergoers and critics have been asking whether musicals have become increasingly cost-conscious with their visual artistry, and with mixed results.

The four major musical revivals so far this season — “Bye Bye Birdie,” “Finian’s Rainbow,” “Ragtime” and “A Little Night Music” — were panned in some quarters for stage design that seemed thinly conceived or even flimsy.

Even the most commercially successful recent productions of musicals — “Billy Elliot: The Musical,” “Hair” and “West Side Story” — lean to the stripped-down, partly in hopes of highlighting the choreography and plot.

The drift toward smaller-is-better Broadway musicals will continue to be scrutinized through the spring, as producers and directors weigh whether scaled-down productions like “Hair,” which recouped its $5.8 million capitalization in five months, are a smarter way to go in this economy than extravaganzas like “Spider-man: Turn Off the Dark,” which delayed its February previews because of difficulty raising money for its estimated budget of $50 million.

An April revival of “La Cage aux Folles,” while stuffed with wigs, beads and heels for its drag queens, is favoring plot, character and a small orchestra over lavish scenery. (Of course, the setting is now a small cabaret, not a glamorous nightspot.) The coming $16.5 million musical “The Addams Family” is using a fairly basic set of a musty old house and an unfussy graveyard. And “American Idiot” has a set that, while busy-looking with an array of video screens, aims for a seedy feel full of punk band posters.

Sonia Friedman, a producer of “A Little Night Music” and “La Cage,” said that while the tough economy had made investors more cautious, it had not wiped out all musical spectaculars — it just called for some productions to use greater imagination when working within financial limits.

“I do feel that intimate stagings of musicals like ‘A Little Night Music’ and ‘La Cage aux Folles’ are a smart, efficient economic model,” said Ms. Friedman, who is based in London but regularly produces on Broadway. “I do not necessarily think they are the way things will always be done now or in the future. There is room for both.”

Robert Longbottom, the director and choreographer of the Roundabout Theater Company’s revival of “Bye Bye Birdie,” which closed last Sunday, said he and his creative team had performed “serious due diligence about seeing if we could get what we wanted for the best price.” Critics and naysayers aside (in The New York Times, Ben Brantley likened the imagery to that of an Old Navy commercial), Mr. Longbottom called the show’s scenery and costumes first-rate, but acknowledged that working within confines had been challenging.

“Sometimes — if you find you don’t have the funds to have all the bricks and mortar to do every scene in every way you want — you have to be creative,” he said. “We talked about doing every single one of our large scenes in a naturalistic way. But we couldn’t quite find a visual language that conveyed a story-theater feel in every one of those scenes.”

For another major revival of his this season, “Dreamgirls,” which played at the Apollo Theater in the fall and is now on a national tour, Mr. Longbottom said he had the financial advantage of collaborating with producers in South Korea, where the show was created at a fraction of the expense of a New York production, which he estimated would have needed $14 million. (He attributed the difference largely to lower-cost construction and costume materials, and to the less expensive labor in South Korea.)

“The costumes alone were $700,000 in Korea and would have been $3 million in New York,” he said. “And the quality is brilliant — it’s not done in sweatshops over there.”

While simplified sets can save start-up costs — the spartan kitchen of “Billy Elliot,” say, cost less than the mobile forest set of “Shrek” — the financial success of a show comes down to limiting weekly running costs and selling enough tickets to cover or exceed them. Limiting running costs has less to do with fixed expenses (like sets) than with the scale of a musical (like the number of musicians, actors, dancers, crew members, costume assistants and technicians that have to be paid each week, as well as the rent for the theater).

For some Broadway veterans of musical extravaganzas, however, the recent spate of understated, austere production values often feels like a disappointing concession to the increasing expense of producing on Broadway, especially in a recession. In some instances, these veterans say, producers and directors are being creatively cost-conscious, but in other cases their shows look done on the cheap. (Plays, for the most part, cost far less than musicals to produce.)

“The smaller scale of musicals is all about money, I believe, and what I hear in a lot of conversations is people thinking out loud about how to make it small to make it more appealing to investors and producers,” said Mr. Prince, who has won Tonys as a director of large-scale works like “Showboat,” “The Phantom of the Opera,” “Evita” and musicals by Mr. Sondheim.

“When I directed the original ‘Follies’ and ‘Little Night Music,’ I didn’t really worry about those musicals recouping, and no one put pressure on me to worry about it,” Mr. Prince continued. “That’s not as true today. And I’m not sure the environment exists today to mount huge works with the calmness and confidence that we did decades ago.”

Among recent big-budget musicals, the now-shuttered “Shrek” and “Disney’s The Little Mermaid” were not able to translate inventive visions and big sets into long runs. By contrast, one of the most commercially successful new musicals, “Billy Elliot,” which recouped its $18 million capitalization in 14 months, takes place largely in a community center dance hall, and some of the most critically praised dance scenes involve no more than a chair or an empty stage.

“I was a neophyte as a producer, and basically didn’t put any budget restrictions on the creative vision,” said Eric Fellner, the lead producer of “Billy Elliot,” which won the Tony in June for best musical. “It is an expensive show, yes, but what made it successful — and what makes many musicals successful — is the quality and emotional depth of a story, brilliantly conceived characters and the beauty of a show’s music.”

The creative team behind “Hair,” which won the Tony for best revival, made a firm decision against an extravagant design, forgoing the idea of recreating Central Park within the Al Hirschfeld Theater. The “Hair” production was originally mounted outdoors in the park in summer 2008, and that environment proved popular with audiences.

“I thought that if we put the park on the stage of the Hirschfeld for the characters, and an audience member is watching from her red velvet seat, it would create two different universes and destroy the spirit of community that is essential to ‘Hair,’ “ said its director, Diane Paulus, who ultimately opted for a mostly bare stage. “What we ended up with was not only successful, but had the added advantage of being financially wise.”

Big will almost certainly be back — the commercial success of the long-running “Wicked,” which recouped its $14 million investment in 2004 after 14 months of performances, indicates that audiences still like full scale. This fall is likely to bring both Andrew Lloyd Webber’s “Love Never Dies” — a sequel to “The Phantom of the Opera,” with its chandelier a classic example of musical spectacle — and “Spider-Man,” assuming that financing holds. For now, though, productions like “The Addams Family” will demonstrate whether creativity and cost constraints can blend successfully.

“Julian and Phelim wanted to honor Charles Addams’s funny, sinister and elegant drawings,” said Stuart Oken, the lead producer of that musical, referring to its two director-designers and to the cartoonist on whose work the show is based. “And while we were all mindful of the budget, as any Broadway show is, they weren’t restricted by it. Part of their genius is creating incredibly imaginative, evocative designs that are also deceptively simple.”

After a night and a day of snow and steady winds today was glorious. By
this afternoon I’d mustered the courage to bundle up and head for Bethel
Beach Nature Preserve. It was only in the 20s but there was little wind so,
although I was out there for nearly 2 hours, I was perfectly comfortable in
all my layers.

Walking was tricky. It was impossible to tell where solid ground ended and
snow-covered marsh began. Even stepping cautiously I still ended up knee
deep in marsh grass voids several times. I didn’t end up in any water
though. Whew! Here’s a selection of the 250 plus images I shot. This is my first real
attempt at shooting snow. I worked from an aperture priority and kept an
eye on my histograms – adjusting exposures accordingly. It’s very hard not
to blow out the highlights but I learned a lot. 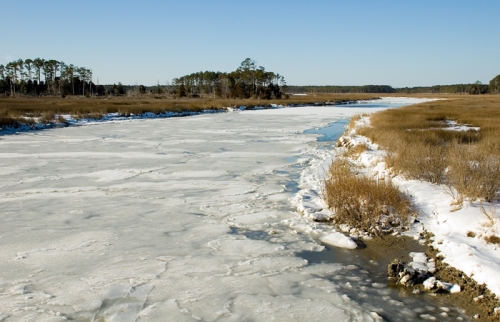 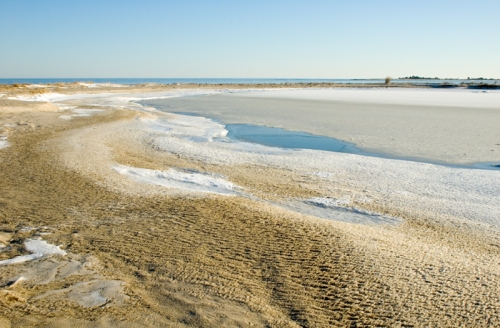 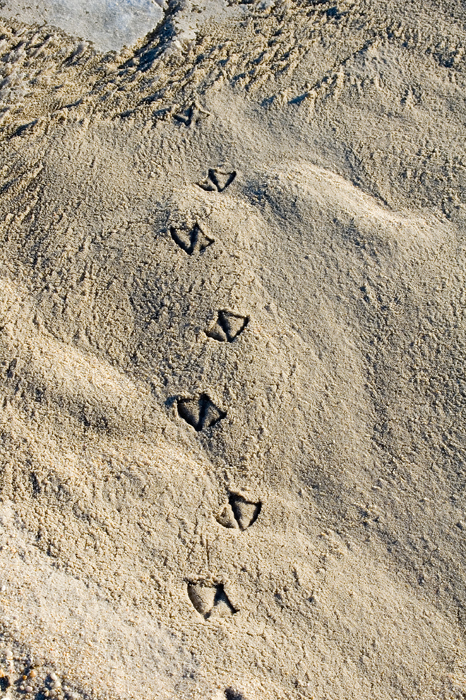 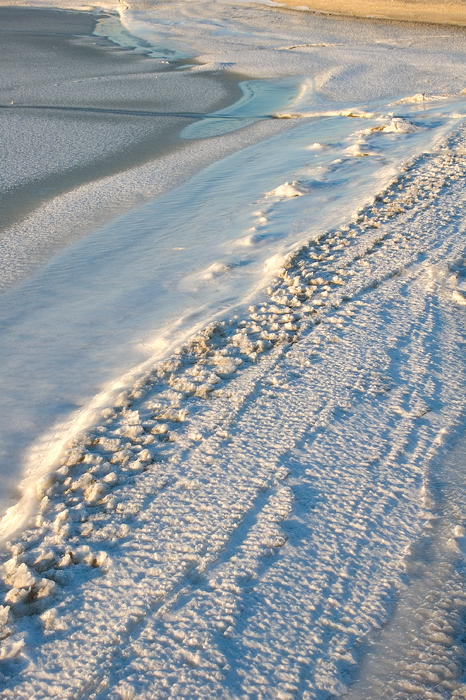 The Writing Life – Whatever it Takes

Pride of Language in Historical Fiction

Recent Posts: Long Ago and Far Away

The Night Tiger by Yangsze Choo

Samarkand and The Rock of Tanios by Amin Maalouf