Down the Rabbit Hole

Day job, family, (laundry, errands, bills, stray cats and trying to move aging parents to new home), news headlines, Facebook, Twitter, WordPress, real life relationships – everything conspires against our creative arts. This past week, with 20x more discretionary hours available than usual, I lost focus. I meandered down every possible rabbit hole. A lot of it was good – I’ve learned about marketing, how to use Twitter, found new resources and finished some research – but I didn’t add one word to my manuscript. I floundered.

My life goes from 95% externally structured (when on an adjusting gig) to negligible external structure (between gigs). I have been self-employed most of my life so I am adept at self-structure and motivation. But from time to time even I fizzle out. 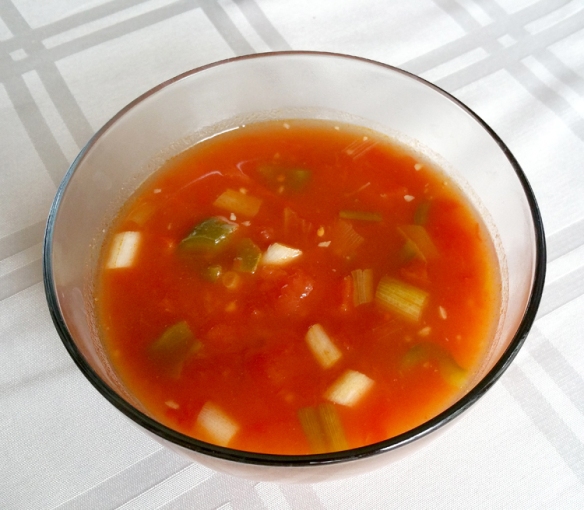 I’m back at home for the week. That means stacks of laundry, cleaning floors and putting away winter clothes. Yay!

Sudden rain made me think – SOUP!

I dug around in the pantry and freezer and this is what I came up with:

Here’s a repost from my writing blog: ldaviscarpenter.com (I’m trying to figure out the best way to cross-post my own material from different blogs.)

Ever wonder about those poor peasants who are always raped, pillaged or wholesale deported to foreign lands?

I love reading historical fiction about movers and shakers; kings and queens whose passions turn the wheels of history. But every time a village is burned and the women and children are dragged off by their hair I think, what about them?

They are the red shirts of history.

Maybe I identify with them. Since childhood, I have read about historical upheavals and wondered, how do the regular folks survive? How did people get on with their lives during the bombing of Britain? What became of the ethnic Koreans deported to the Kazakh SSR? How do you feed your family when Boko Haram is in the neighborhood?

It is hard enough to hold a steady course when my plans are derailed by a sudden car repair..

Last Sunday James and I visited a small neighborhood church across town. We were greeted by a little old lady – gray-haired, long jean skirt, tidy blouse, and cardigan. I’d have guessed she was in her mid-80s.

Now, stop right there. What are you thinking? Have you made some assumptions about her already? Be honest.

She started telling us how they’d lost five of their congregation in the past year. Wow, I thought. That’s about 30%.

Then she said, “Yes, a family of three moved away – Navy, you know. Then Slim Whitman passed away.”

“Oh, yes. This was his home church. He never wanted to move to Nashville and get involved in all that stuff.”

But here’s the good part:

She continued, “A few years ago my husband and I went with him on his farewell tour through Europe and the UK. We went with him so we could take care of his wife Jerry. She was sick and he was going to cancel his tour because he refused to leave her. So we volunteered to go and take care of her while he had to be on stage. We did 20 cities in 23 days. Road on the tour bus. Slim, he had to ride in a separate car or fly, but we road on the tour bus with the band. Learned all about the industry and took care of Jerry.”

She and her husband would have been in their 70s at the time.

I don’t mean that being someone’s grandmother is insufficient. But this was a fun reminder that if you’re willing to listen, everyone has a story to tell. Everyone is much richer than our cliches. What’s most special is the way they served their long-time friends, Slim and Jerry, by stepping in to take care of a loved one’s wife of 67 years –  even when it meant two months away from home, long days on tour buses and road food. They could have been home with their grandchildren, watching TV and knitting.

I’ve just learned that Google gets unhappy if you duplicate material on different web sites.This complicates my blogging life because it prevents my plans to cross-post material between my four blogs. I’ve been told it is best to summarize and then link back to the primary post. Sigh. I get there eventually.

So, here’s what you’ve missed:

A recommendation on a new and fascinating blog about Afghanistan.

Observations on the Walter Scott Prize for Historical Fiction.

Reading Response to Tariq Ali’s Shadows of the Pomegranate Tree.

I’ll be back soon with a general update.

The Writing Life – Whatever it Takes

Pride of Language in Historical Fiction

Recent Posts: Long Ago and Far Away

The Night Tiger by Yangsze Choo

Samarkand and The Rock of Tanios by Amin Maalouf